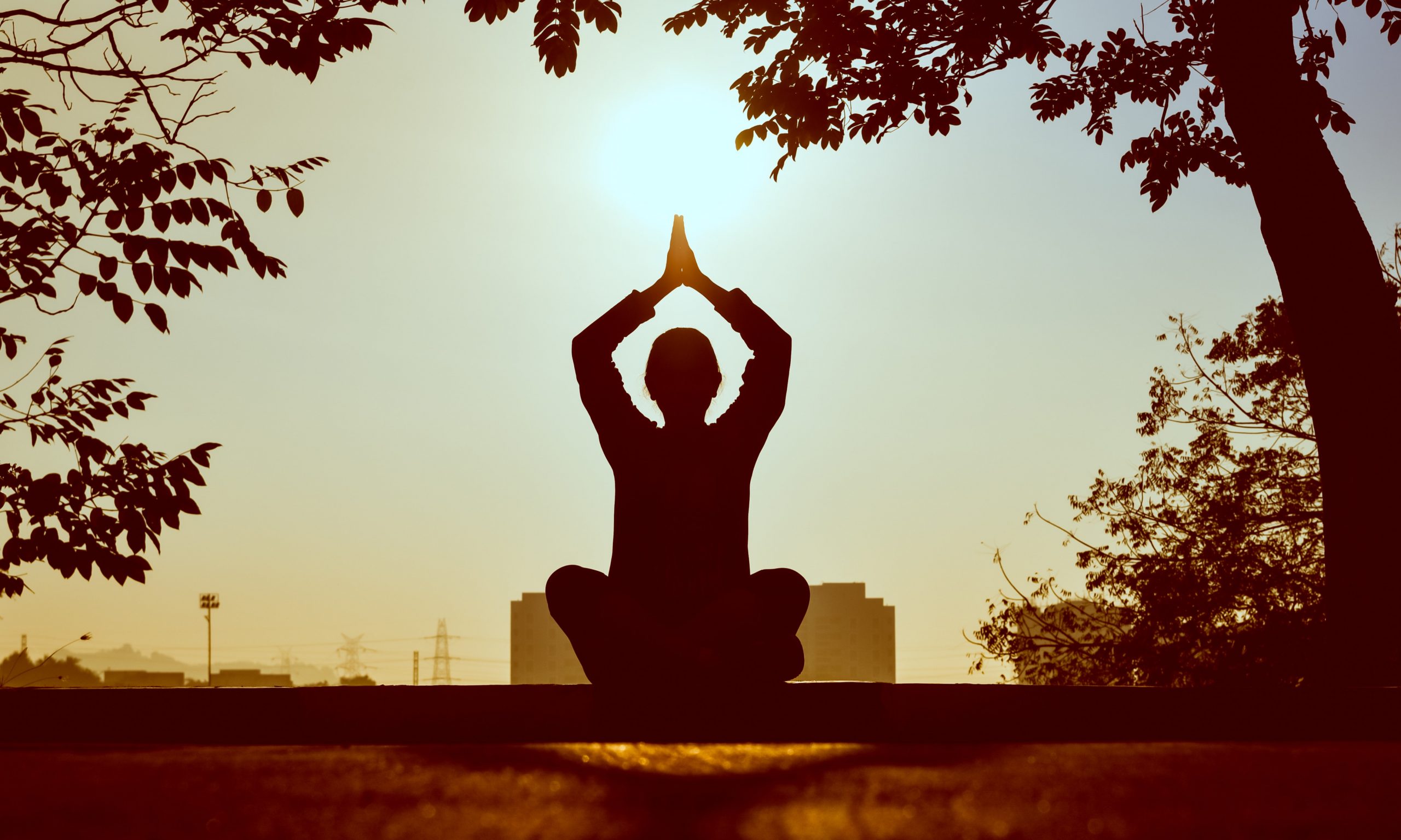 Following are some different ways that will help you improve your respiratory health so you can stay as healthy as possible. If you do happen to come down with the flu or common cold, having strong respiratory health may reduce the probability of developing severe symptoms.

You’ve probably heard that 60% of the body is water, but did you know that our lungs are 90% water? Ensuring you stay hydrated assists in thinning the mucus that lines the lungs and airways. When you’re dehydrated, this mucus thickens up and becomes sticky which can make breathing more difficult. Avoid this mucus buildup and breathe easy by making sure to drink at least eight glasses of water per day.

We all know that getting regular exercise is good for us. Staying active also happens to be excellent for respiratory health and can keep lungs healthy. For one, it helps to increase blood flow to your lungs, which in turn helps more oxygen reach the bloodstream. Engaging in aerobic exercise may also  help increase lung capacity, which can make breathing easier by increasing the amount of air you receive with each breath.

Eating healthy is a given for feeling good. What we eat has a direct correlation with overall health. The following foods are ones known to be great for respiratory health.

Dark, leafy greens: Dark leafy greens (think spinach and kale) are the way to go if you’re interested in improving your respiratory health through your diet. They’re rich in chlorophyll, which helps encourage blood flow to the lungs. They also contain antioxidants known as carotenoids, that help eliminate free radicals that could cause damage to the lungs.

Foods rich in vitamin C: It should come as no surprise that getting enough vitamin C in your diet can be excellent for supporting respiratory health. Research indicates that not only is vitamin C good at protecting against COPD in smokers and non-smokers, but high doses of vitamin C might protect against lung cancer as well.
Foods rich in vitamin C to include in your daily diet might include citrus fruits like oranges, grapefruit, lemons and limes, as well as orange-hued fruits and veggies like carrots, papaya, pumpkin and orange or red bell peppers.

Apples and tomatoes: According to a 2017 study, apples and tomatoes could be a way to repair lung damage caused by smoking. Researchers of the study also discovered that regularly eating tomatoes could help to slow down the “natural decline in lung function among all adults,” regardless of their smoking history. The study found that eating more than two tomatoes a day (or more than three portions of fresh fruit) had slower lung function decline than those who ate less than one tomato or fruit portion.

According to the study’s lead author, Vanessa Garcia-Larsen, “This study shows that diet might help repair lung damage in people who have stopped smoking. It also suggests that a diet rich in fruits can slow down the lung’s natural aging process even if you have never smoked. The findings support the need for dietary recommendations, especially for people at risk of developing respiratory diseases such as COPD.”

It’s also wise to avoid certain foods if you’re interested in improving your respiratory health. According to experts, any foods that cause inflammation can be risky to the respiratory system. Steer clear of fried, processed foods, trans fats and unhealthy oils. If you’re lactose intolerant, avoid cheeses and heavy creams as they can increase inflammation and mucous in the airways.

There are several beneficial herbs known to support respiratory health. Following are a few of our favs:

Peppermint: The main compound in peppermint is menthol, which acts as both an expectorant and a decongestant. Thanks to its antihistamine properties, peppermint is an excellent choice for supporting respiratory health because of its ability to reduce inflammation and keep airways open.

Astragalus: Astragalus has a long history in Ayurveda and Traditional Chinese medicine, where it is considered a leader among herbs for the many benefits it is known to contain. When it comes to respiratory health, astragalus has shown to decrease hypersensitivity in the airways, decrease mucus production and reduce inflammation. Astragalus is commonly taken during cold and flu season to fight off any respiratory disturbance and has shown to significantly help strengthen immunity.

Mullein: Another herb used in traditional medicine that is famous for supporting lung and respiratory health is mullein. Whether used as a tea or taken in a tincture or capsules, mullein is known to be effective for a wide-range of respiratory problems. Primarily used for conditions like bronchitis, chest and sinus congestion, environmental allergies, asthma and emphysema, mullein can also be used as an expectorant to help loosen up and expel excess mucus.

Osha Root: Native to the Rocky Mountains, Osha root has a special place in our hearts. As an integral part of Native American medicine for centuries, Osha root is known to help with the flu and other viral infections, colds, coughs and fevers. Why? It happens to have an uncanny ability to increase blood flow to the lungs and help ease congestion by loosening and expelling mucus.

5. Sip on Some Green Tea

Incorporating green tea into your daily diet is something that could help significantly when it comes to improving and maintaining healthy respiratory function. Widely considered a superfood, green tea contains several antioxidants and is believed to have a host of health benefits.

There are components contained in green tea known as catechins, which contain antimicrobial properties. Epigallocatechin-3-gallate (EGCG) and epigallocatechin (ECG) are the catechins with the highest amount found in green tea, with research showing they both hold a number of antimicrobial properties. A 2018 study found that the consumption of green tea distributes these beneficial compounds throughout the body, which could possibly help prevent and treat infections.

A 2017 Korean study found that consuming green tea at least twice a day is linked to reduced chances of obstructive lung disease in middle-aged and older adults. Researchers noted that “the frequent consumption of green tea has been shown to have antioxidant and anti-inflammatory effects and to reduce the risk of lung cancer and type 2 diabetes.”

Don’t have any desire to meditate? Deep breathing exercises can also help.

Lung function begins to decline after the age of 35. To ensure respiratory health stays strong and breathing doesn’t become difficult, it’s important to learn how to breathe deeply and practice deep breathing exercises regularly. Deep breathing has shown to be extremely beneficial for respiratory function in both healthy adults, as well as those with respiratory problems.

7. Stop Smoking and Stay Away From Secondhand Smoke

If you smoke, quitting now significantly reduces your chances of developing respiratory complications and lung disease.

A 2004 study published in the European Respiratory Journalhighlights that smoking cessation improves respiratory symptoms and bronchial hyperresponsiveness (an increase in sensitivity to a variety of airway narrowing stimuli) and prevents rapid decline in lung function in all smokers, regardless if they have chronic obstructive pulmonary disease (COPD) or not.

Research shows there is “mounting evidence” that suggests air pollution is a huge factor contributing to respiratory diseases and allergies including COPD, pneumonia and asthma. Interested in improving respiratory health? Do your best to limit yourself to environmental pollutants.

While you’re at it, improving indoor quality could also help. The air we breathe is directly connected to our respiratory health, and ensuring indoor air is pure is one way to ensure our respiratory system is strong. Avoid chemical air fresheners, scented candles and artificially scented cleaners, as they contain volatile chemicals that could cause respiratory problems.

House plants are a great way to naturally purify indoor air. Ferns, peace lilies, spider plants, aloe and bamboo are all known for their air purifying properties that can help you breathe new life into your home and your lungs.

With the stress of the past couple weeks, it’s easy to let self-care fall by the wayside. Our hope is that as you adjust to self-isolation, we can provide you with the tools necessary to preserve and promote wellness.

Welcome to The Wellest!! Sign up now for our newsletter and receive 10% off your first purchase! Dismiss